It is an opportunity for anyone to explore the meaning of life in an open and accepting environment, where no question is too simple or too controversial.

Aleph consists of a relaxed kosher-style meal and a series of talks touching on topics such as: “How can I know there is a G-d?”, “Why and how do I pray?”, “What is a ‘Messiah’?” After each talk we divide into small groups for a time of discussion.

The talks and discussions on Biblical themes and real-life issues help you investigate new ideas from both Traditional and Biblical Judaism.

For Whom is Aleph?

Aleph is especially geared for anyone of Jewish heritage or those with ties to the Jewish community, including: 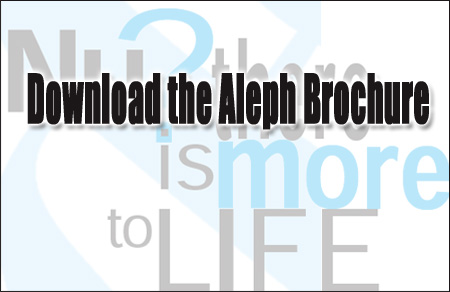